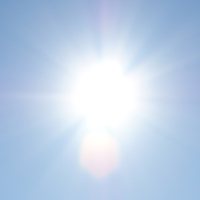 SkyPower has announced it will be giving away two million small home solar power kits to the people of Kenya.

The kits will be distributed under the guidance of the Government of Kenya to households across the country that do not have access to electricity.

SkyPower says each kit features a solar panel and inverter, LED bulbs, a fan, USB charging capabilities for devices such as cell phones and a rechargeable radio. Even a small kit such as this can make a major difference in people’s lives.

National household electrification rates in Kenya average 22%; but the contrast between city and country is stark. Just 5% of rural households have access to electricity compared to 50% in urban areas.

Approximately 87% of Kenyan households without electricity rely mainly on kerosene for lighting – a dangerous, expensive, toxic and polluting fuel.

“We are proud to help empower Kenya to harness the abundant power of the sun to improve the lives and economic prospects of its people, ultimately positioning Kenya to become a renewable energy hub for Africa,” said  Kerry Adler, the company’s President and Chief Executive Officer.

SkyPower recently made headlines when it signed an agreement with the Kenya’s Ministry of Petroleum and Energy for the construction of more than one gigawatt of new solar energy projects over the next five years.

The company has constructed or acquired more than 25 GW of solar PV globally to date.

Kenya has made significant progress in the use of renewables already. According to the Kenya Renewable Energy Association (KEREA), the country’s energy mix is made up of hydro 48%, fossil fuel 38%, geothermal 12%, cogeneration (bagasse) 2% and wind 0.3%.

Given hydro’s susceptibility to drought and the issue of climate change; Kenya is looking to beef up geothermal substantially to lessen dependence on hydro. The country is also aiming to boost wind power – current projects include the 310MW Lake Turkana wind farm, which will be powered by Vestas wind turbines. The facility will be sub-Saharan Africa’s largest wind farm.

Last month, the Export-Import Bank of China announced it would finance a 50-megawatt solar farm planned for the city of Garissa.