Floating solar is an environmental solution

Construction of the farm began in late 2017. The decision to go with floating solar panels came about due to the lack of suitable land. The use of water also provides some additional advantages. These include a cooling effect, which should improve solar panel performance and longevity.

The solar array is designed to withstand floods of up to 12 metres. Walkways have also been built into it for ongoing maintenance work. 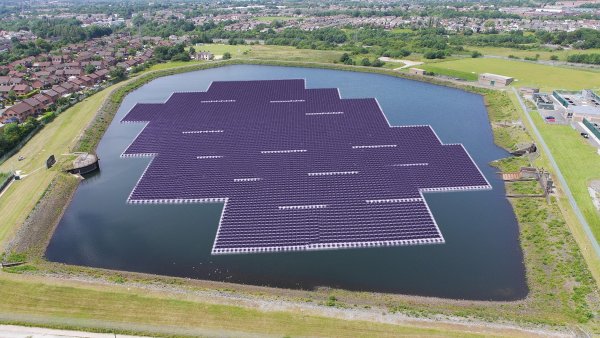 Floating solar farms can provide a renewable energy solution where land is scarce.

This initiative also involved the building of a rooftop solar farm at the Goonellabah Sports and Aquatic Centre.  This installation will provide 15 per cent of the centre’s energy needs.

Together these projects form part of the Lismore council’s ‘Renewable Energy Master Plan’. The goals of this plan are for the Council to generate all the electricity it uses from renewable sources by 2023.

The project is also part of a larger plan by many councils to tackle climate change. The Cities Power Partnership now comprises 70 membership councils, including Lismore and Byron Bay.

At the launch, Mayor Isaac Smith said local councils have “the power to make a huge difference” in how their communities use energy.

Professor Steffen agreed, saying that as the closest level of government to the community, councils can transform how energy is generated and used in Australia.