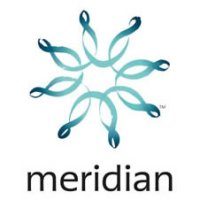 “We’ve been disappointed by the approach taken by the Abbott government to the review of the Renewable Energy Target (RET) and its attitude to renewables overall, particularly Mr Abbott’s very clear personal antipathy to windfarms,” he said.

“A new (RET) target was agreed after 18 months of political posturing which, together with the delay, has done significant damage to investor confidence.”

Australia’s RET was officially wound back from 41,000 GWh to 33,000 GWh by 2020 in June this year and the hangover from the long-running stoush continues to be felt.

Also unhelpful have been government’s continued attacks on renewable energy since the RET debacle, including recently directing the Clean Energy Finance Corporation (CEFC) to cease funding new wind and some solar energy projects.

Radio New Zealand reports Meridian has accused the Abbott Government of costing the company $38 million – the amount written off the value of its Mt Millar wind farm in South Australia. Mr. Binns said this was due to the period when RECs were trading at low levels and the removal of the carbon tax.

Meridian Energy’s investment in renewables in Australia to date has been significant. Its wind farms include the 64-turbine facility at Mt. Mercer near Ballarat in Victoria and the company is also a joint partner in the 420MW Macarthur Wind Farm; also in Victoria.

Meridian is the largest electricity generator in New Zealand and has developed ten wind farms in Australia and New Zealand, including the world’s first wind farm at Ross Island Antarctica.

In addition to wind power, Meridian has 7 hydro-power stations in New Zealand capable of supplying around 1.4 million homes, plus a 1.32MW solar farm in Tongatapu, Tonga