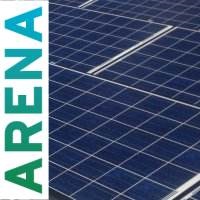 It joins the recently announced 129 MW Hornsdale battery project, to be built by Tesla and Neoen and funded by the South Australian government.

The new Energy Storage for Commercial Renewable Integration (ESCRI) project is expected to be operational by February 2018. 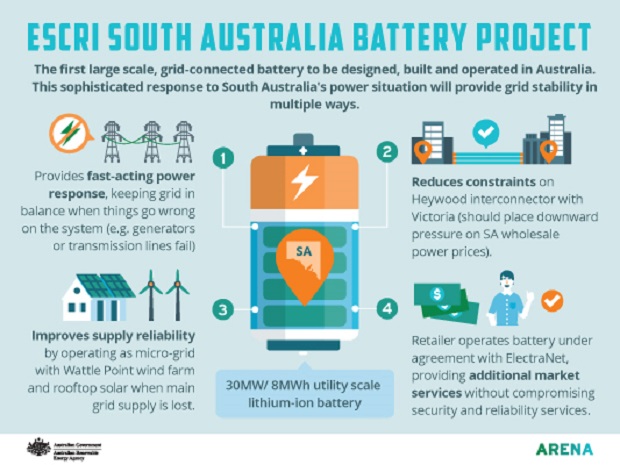 Network provider ElectraNet will design, build and own the battery at Dalrymple substation on the Yorke Peninsula and lease out the commercial operation to a major energy retailer.

Energy Minister Josh Frydenberg said ARENA will provide up to $12 million in funding towards the $30 million project.

The commitment is just over a third of the total cost of the new battery storage system.

The investment will help to deliver affordable and reliable energy as Australia transitions to a lower emissions future, Mr Frydenberg said.

With no coal power, South Australia gets 40 percent of its electricity from wind energy. Massive hikes in the price gas-power have caused the South Australian government to seek alternatives to fossil fuels.

The state is leading the nation in building new battery storage for renewables.

What the ECRIS battery system will do

The new battery will provide grid stability in multiple ways.

Its main role will be to ramp up supply into the grid at short notice, reducing pressure on the Heywood interconnector from Victoria.

This should put downward pressure on wholesale power prices in the state, as the connector has a limited import capacity.

Should primary generators fail, it can also deliver the equivalent of 8 megawatt-hours of generation to surrounding homes and businesses.

The battery will enhance reliability of supply in the Dalrymple service area. It can do this by acting as a microgrid with neighboring Wattle Point wind farm and local rooftop solar systems.

While not the largest battery in the world, ARENA CEO Ivor Frischknecht said the Dalrymple project demonstrates how utility scale storage can contribute to a stronger South Australian energy network.