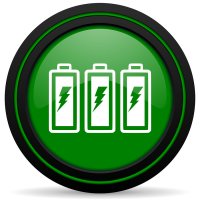 The flexibility of Tesla batteries is on show at a boarding school in north Queensland.

Cathedral College in Rockhampton is the first school in Australia to install a Tesla Powerpack to help reduce its carbon footprint and reliance on the grid.

The installation is also unique because it consists of only a single Powerpack combined with a high-capacity inverter.

This combination, along with the school’s 100 kW solar array, has the potential to at least halve the school’s electricity bill. It also takes up considerably less space on site than it would with multiple batteries.

The aim of the college was to collect energy from the sun during the day for use in the evening. The school’s solar panels reduced its energy bills, but a storage system was needed to use solar energy after sunset.

The college made the decision to install a 95 kW Tesla Powerpack battery combined with a 50 kW Tesla inverter. Purchasing the Powerpack has helped to keep the costs down and save space, while the higher-capacity inverter increases power availability. The college expects to recover its investment within six years.

So far, the system has been supplying the school with around 60 per cent of its energy needs. It’s also able to provide power for the dormitories for around five hours each night.

A recent report from the National Renewable Energy Laboratory states that combining solar with energy storage can increase revenue and capacity. There are no one-size solutions for this, as it depends on energy requirements, storage space, costs and other factors.

However, a system that combines both PV and storage, such as a Tesla battery, can provide electricity when the sun is not shining. This helps to ensure off-grid power at night or during early mornings and blackouts.

The recent drop in prices of energy storage batteries is also making PV + storage more affordable in both residential and commercial sectors. Following the success of the Rockhampton college project, we might also expect to see more schools installing similar systems in Australia.