PM Scott Morrison has argued that there is no direct link tying Australia’s greenhouse gas emissions with the current fire tragedy ravaging the country. He further suggested that the nation could increase its emissions without making the fire situation more of a threat.

The record-early fires have already torn through NSW and other states, with former fire chiefs stating that the government had merely avoided the issue of climate change for far too long. 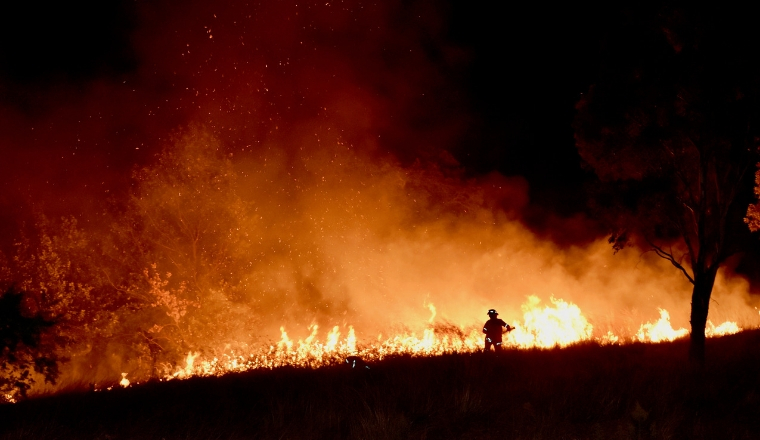 Now under pressure and immense accusation, Morrison said early this week that there is “no credible evidence” that cutting emissions could weaken the severity of the bushfires.

Thursday saw Morrison defending the handling of the bushfire season, proclaiming to the ABC that it had contributed additional resources and emergency services to create an “outstanding” response to the situation.

Morisson noted that he “took issue” with the statement put forward by the former chief of NSW Fire and Rescue Greg Mullins that the government had not contributed enough to help counter the disaster, and that they were not adequately prepared.

Morrison then didn’t meet with Mullins, saying the government had already been given similar advice about climate change’s impact from “existing fire chiefs doing the existing job”.

Is Morrison turning climate change away?

Initially, it seemed as if Morisson accepted that climate change was having an impact on the frequency and severity of bushfires.

He noted that they were factors already known to the government and that the contribution of these elements is well-acknowledged in Australia.

However, he then said that suggesting 1.3% of emissions that Australia is incurring wouldn’t change the outcome of the fire season – of which has arrived in record-early time. He further explained that there is simply “no credible scientific evidence at all”.

The comments come after September saw controversy with the minister in charge of drought and natural disasters – David Littleproud. He said it’s unknown if “climate change is manmade”.

Where do emissions and fire collide?

The direct link between greenhouse gas emissions and the severity of bushfires across the country is complex. However, according to science agencies across the globe, the higher the number of days with warmer weather, the more likely we are to experience extreme or severe bushfire conditions.

Australia has already been ranked as one of the worst in the G20, in terms of response to climate change action.

Despite targets of 26 per cent to 28 per cent of emissions to be reduced by 20130, it will require the nation to eliminate 695 tonnes across the next decade.

The Morrison government said more 367 tonnes would come from ‘carryover’ credits from overperforming in previous targets.