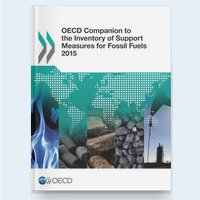 A new OECD inventory highlights progress to reform spending programmes, tax breaks and subsidies for fossil fuels has been slow.

The OECD Inventory of Support Measures for Fossil Fuels 2015 shows governments are spending almost double the amount supporting fossil fuels – USD $160-200bn annually – as is needed to meet the climate-finance objectives set by the international community.

Around two-thirds of the 800 programmes reviewed by the OECD were implemented prior to 2000, when the world’s economies were in very different situations and understanding of issues such as climate change very limited.

“For instance, some policies benefiting consumers in the United States were introduced in response to the oil crises of the 1970s, while other policies supporting oil and gas producers came in as oil prices collapsed in the mid-1980s,” said Angel Gurría, Secretary-General, OECD.

“These policies are now obsolete – dangerous legacies of a bygone era when pollution was viewed as a tolerable side effect of economic growth.”

“We are totally schizophrenic,” said Secretary-General Gurria in other comments related to the report. “We are trying to reduce emissions and we subsidise the consumption of fossil fuels’ which causes global warming.”

In addition to environmental issues, fossil-fuel subsidies distort the costs and prices of various goods and services; perpetuating older technologies over cleaner alternatives such as renewable energy and the continuation of energy-intensive methods of production.

The OECD says current lower oil prices present a golden opportunity for governments to phase out support for the consumption and production of fossil fuels.

OECD analysis of budgetary support and tax expenditures in various countries, including Australia, can be viewed here.