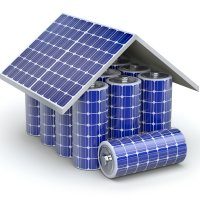 Australian solar households installing battery systems and ditching the grid altogether will have a negative impact on the wider community according to network provider Jemena.

“The grid is of so much value here, why don’t you want to share your energy with your neighbours,” Jemena managing director Paul Adams is reported to have said.

“Why don’t you want to do something on a community and social basis, why are you so greedy and selfish?”

Jemena, jointly owned by State Grid Corporation of China and Singapore Power, has $9 billion worth energy and water transportation infrastructure across the east coast of Australia.

The so-called ‘greed’ and ‘selfishness’ may be the result of years of tolerating increasing electricity bills and then reductions in solar feed in tariffs. Add to that the ongoing and unfair targeting of owners of solar power systems by some energy companies, it’s little wonder many might find the idea of divorcing themselves from mains grid supply entirely quite an attractive proposition.

Some solar owners may have choked on their coffee at the accusation of greed given the surplus electricity they export to the mains grid is re-sold at many times the price they receive for it.

However, it is interesting that big companies in the energy sector are having a much different reaction to residential battery storage than they did with solar initially; particularly given the next generation of home battery storage solutions are yet to arrive (but aren’t far off).

It was only a few years ago many in the electricity generation and distribution sector looked down their noses at solar, not perceiving it to be a threat.

How times change – and how quickly.

According to the latest data from Australia’s Clean Energy Regulator, there are now more than 1,464,000 small solar power systems installed across the country; with a collective capacity exceeding 4,479,000 kilowatts.

While a massive grid defection is possible as a result of the energy storage revolution; it’s also possible most installing battery systems will still keep a mains grid connection as a backup – assuming staying connected is affordable.

Such a scenario will be good for the grid in that it will still help reduce load on the network during peak periods and the need for new poles and wires, which Mr. Adams apparently acknowledges.

What Is A Battery-Ready Solar Power System?