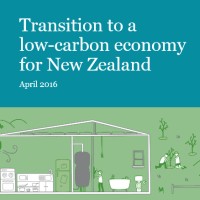 A new report states New Zealand is already well on the way to reaching its ambitious goal of 90 percent renewable energy by 2025. However, more needs to be done to reduce heavy emissions of greenhouse gases (GHG) from the island nation.

Commissioned by the Royal Society of New Zealand, the report was written by a panel of climate experts led by Victoria University Professor Ralph Sims.

The report notes Kiwis’ GHG emissions per capita are “well above” those of other developed countries and outlines a range of actions for policymakers to transition the country to a low-carbon economy.

It argues renewable electricity generation in New Zealand is already at 80 percent capacity, giving the nation a head start on many countries, and finds it is “technically and economically possible” to reach New Zealand’s 90 percent target by 2025.

An even higher percentage of renewables is feasible, but would require an upgraded, more flexible grid, energy storage and backup generation solutions, particularly in dry years when hydropower is impacted.

“As an example, the transport of one tonne of freight by diesel-powered rail produces less than a third of the emissions than transport over the same journey by road,” said Professor Sims. Further gains could be made by additional rail electrification.

The report states farming also has a massive impact on New Zealand’s greenhouse gas emissions, with half of all gross GHG production coming from methane (CH4) and nitrous oxide (N2O) emissions. This could be reduced by employing best practices, selectively breeding sheep and cattle for low carbon agriculture.

In order to keep emissions low whiles changes are enacted, the report recommends large-scale planting of new forests in un-forested area over the medium term.

“… [B]ut it should not be viewed as an alternative for reducing emissions in other areas, as there are limits to how many forests can be planted due to the availability of suitable land. It is an effective strategy in the short to medium term while other sectors transition to low-carbon technologies,” Professor Sims said.

The report, Transition to a low-carbon economy for New Zealand, can be viewed here (PDF).