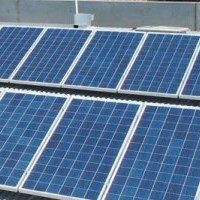 Legislation for a watered-down Renewable Energy Target (RET) was passed last night, ending nearly one and a half years of uncertainty for the Australian renewables sector.

However, Australia’s Clean Energy Council says major renewable projects would now pick up pace; leading to $40 billion of investment and the creation of 15,200 jobs over the life of the RET, while helping to protect 20,000 current positions.

“While this has been a challenging process, and we are disappointed by the level of reduction of the target for large-scale renewable energy, the passage of this legislation provides the platform for a doubling of renewables over the next five years,” said Clean Energy Council Chief Executive Kane Thornton.

“The legislation also removes the two-yearly reviews of the scheme and ensures no changes to the Small-scale Renewable Energy Scheme, which is great news for thousands of people working in the rooftop solar and solar hot water sectors.”

Mr. Thornton says the passing of the legislation will translate to 30-50 major renewable energy projects and hundreds of medium-sized projects being constructed over the next five years.

The Greens aren’t happy – particularly with the inclusion of wood waste from native trees in the rejiggered RET.

“Just as the Liberal and Labor parties cannot justify slashing the RET in the name of ‘certainty’ when the Prime Minister has made it clear that he will continue his anti-windfarm, anti-science rampage; similarly they can never justify cutting down and burning the giant carbon storage sinks that are our native forests,” said part of a statement from Greens leader Senator Richard Di Natale and Senator Larissa Waters.

“Tonight’s decision was a deeply disappointing failure of our Parliament to protect the future. But tomorrow we will continue to work towards a clean energy powered future. There is a global energy revolution underway, and nothing is stopping it.”

Another gotcha in the deal is more red tape for the wind industry. A “wind farm commissioner” will be established and also a scientific committee to research the health impact of wind turbines – an issue that has already been closely examined by credible bodies multiple times in multiple countries (including Australia); with the technology getting a clean bill of health.

Last year, the Australia Medical Association (AMA) stated Australian and international evidence indicates wind farms do not cause adverse health effects; it’s the scaremongering that does.