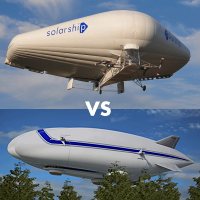 In a race between Solar Ship’s solar powered Wolverine and Lockheed Martin’s Hybrid Airship, who would win? Perhaps we’ll find out soon.

Plucky startup Solar Ship has challenged goliath of aerospace Lockheed Martin to a pistols at dawn duel race between the Wolverine and LM’s Hybrid Airship.

We first mentioned Solar Ship back in 2011 and more recently in October, when Manaf Freighters announced a purchase of four of the company’s aircraft for use in cargo delivery and disaster relief in Africa.

Solar Ship has proposed a race consisting of two legs. The first involves a route of 3,500 km from Johannesburg to Kampala. The second leg flies 22,000 km from Lockheed’s training facility in Palmdale, California; then north to the Arctic and south across Africa. 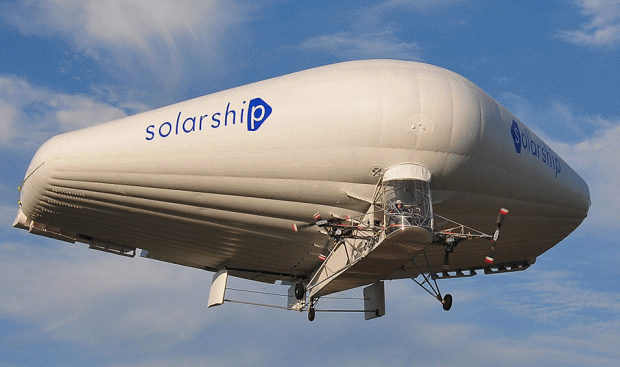 Solar Ship craft use static lift, generated by buoyant gas, combined with the aerodynamic lift of a wing. The craft is propelled by an electric motor powered by solar cells, and we assume a battery bank is also involved. 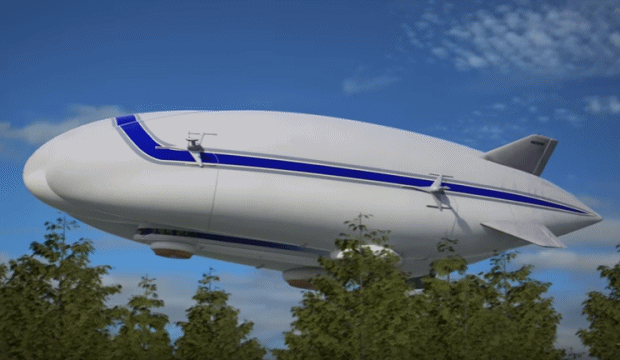 The Hybrid Airship also uses buoyant lift (from a helium filled envelope) and aerodynamic lift. Its propulsion systems is based on fossil fuel powered engines, albeit generating a third of the emissions compared to a jet aircraft and using around 80% less fuel.

An interesting feature of the Airship is its air cushion landing system (ACLS); which enables it to land on a cushion of air on any unimproved surface. That same system can be used to grip the ground, avoiding the need for mooring lines.

The aim of the friendly race is to demonstrate how the latest in airship technology can contribute to overcoming the barriers of moving cargo to and from remote areas.

It’s not clear yet whether Lockheed Martin will rise to the challenge issued by Solar Ship, or let the opportunity float on by.