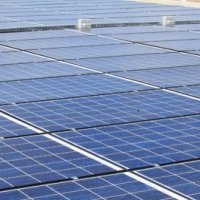 The author of a new study into Western Australia’s electricity future says the falling cost of solar power systems could drive a tenfold increase in privately owned solar capacity in WA by 2025.

Professor Grace has warned Western Australia’s government and the state’s electricity sector must act now to prepare for the inevitable impact of residential and commercial solar power; which he says will be much higher than currently predicted by the Independent Market Operator (IMO), the controller of WA’s Wholesale Electricity Market.

IMO forecast the growth of private solar to reach approximately 1000 MW of nameplate capacity by 2024. Professor Grace’s model  suggests this figure could be as high as 3,000 MW by 2024 and 3 times that figure by 2035.

WA’s electricity network needs to be modified to take full advantage of the surplus energy that will be exported into the grid, otherwise the network will be destabilised and electricity prices would rise in a so-called ‘ electricity death spiral’.

Commercial solar power will potentially be the biggest contributor to growth by far in Western Australia says the Professor as payback periods are lower for commercial systems due to a better match between solar generation and demand.

“While private solar has grown mainly in the residential sector to date, rapid take-up by businesses will likely follow and those systems will be much larger and could eventually be double the capacity of residential systems,” Professor Grace said. “The resulting reduction in electricity purchased from the network will reduce revenue, necessarily implying increased unit costs which would be passed on to consumers. The tariff increases merely exacerbate the problem – hence the ‘spiral’.”

Professor Grace said the Government was lagging behind in preparing for a transition resulting from the massive growth of privately-owned solar and the public-policy need to phase out the use of fossil fuels in power generation.

“The days of the electricity industry being the sole provider of energy services to consumers are over,” said Professor Grace. “The industry is now competing with its customers, and future policy has to be about working with that reality and driving the most efficient economic outcome rather than trying to protect the existing industry players.”

The Professor stresses the ascent of privately-owned solar panels is not a bad thing if handled properly.

” Lower emissions and lower total energy costs are positive outcomes for society and should be embraced, not resisted.”