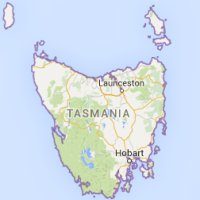 Tasmania’s Minister For Energy says there have been no material inflows into Hydro Tasmania’s catchments over the past week and as of yesterday, water levels were at a record low of 14.8 per cent.

An as yet unrepaired fault in the Basslink interconnector between Tasmania and Victoria is increasingly making its presence felt.

While wind power has been assisting to maintain electricity supply; not enough capacity is in place and diesel generators are being implemented across the state.

“The Energy Supply Plan continues to be rolled out with the first 100 MW of diesel generation progressively coming online,” said the state’s Energy Minister, Matthew Groom.

“Hydro has advised it is on track to have 100 MW of temporary diesel generation available by the end of March and 200 MW by the end of April.”

While the generators are perhaps a necessary evil at this stage, the Greens are concerned their use could tarnish Tasmania’s clean, green image.

The Greens have struck a deal with Labor for a Senate inquiry concerning what went wrong and how a similar situation can be avoided in the future.

Some believe more wind and solar power are key to preventing Tasmania again finding itself in the position the state is in now.

“The answer is all around us – renewable energy from the sun – but instead the Tasmanian Government is reaching for the quick and dirty fix,” says Solar Citizens.

“The government is turning to expensive diesel generators to help solve the crisis, but these look set to increase already rising electricity prices.”

The group has launched a petition calling on the Hodgman government to provide a strong renewable policy and a fair price for solar electricity fed back into the grid.

While the current situation is not threatening residential power supplies at this stage, some households may be giving more serious thought to solar + energy storage.

Industrial users, which comprise 60 per cent of Tasmania’s power usage, have already tightened their belts by cutting down on consumption. The Minerals and Energy Council says most have reached the limit they could reduce power use before having to move into “close down” mode.

Basslink is yet to provide an estimated date when the interconnector will be back in service.