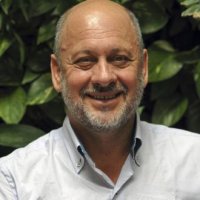 Former Australian of the Year, Professor Tim Flannery, will speak to more than 400 people at a sold-out SunEdison-sponsored event at Castlemaine Town Hall in Victoria this Saturday night.

An Evening With Tim Flannery, hosted by the Hub Foundation, will see the Chief Councillor of the Climate Council speak on the topic of transitioning Australia towards a decarbonised economy, provide an update on the latest climate science and the current impacts of climate change in Australia.

Also at the event will be a petition for signing; urging the Victorian government to introduce its own Renewable Energy Target, provide greater incentives for energy efficiency, to shut down the Hazelwood power station by 2017 and to increase the state’s solar feed-in tariff.

In August, Victoria’s Essential Services Commission (ESC) announced the minimum feed in tariff will be cut by 20% from January 1, 2016. However, earlier this month, the Andrews government announced the honoring of its commitment to start of an inquiry it says will ensure ‘fair payment’ for electricity exported to the grid by the state’s many solar households and businesses.

The Hub Foundation was established in 2014 by Neil and Heather Barrett, who have been involved in numerous climate change and renewable energy projects. One of the Hub Foundation’s current initiatives is MASH 2, a community solar bulk-buy program focusing on Mount Alexander Shire in Victoria.

“The MASH2 community solar bulk-buy which started in Castlemaine last year is a great example of grassroots response to climate change,” said Professor Flannery. “With over 300 new solar rooftops installed in just 12 months, it shows how powerful communities can be when they take action into their own hands.”

Mt Alexander Shire residents intending to register their interest with MASH2 need to do so by next Wednesday, 30 September 2015.

MASH 2 solar power systems will be supplied and installed by SunEdison; which is also involved with other similar successful initiatives elsewhere in Australia.

“As swiftly as we were shut down, the Australian public put us back to work,” Professor Flannery said. Over the last two years the organisation has issued more than 42 reports that have resulted in more than 14,000 media articles with a reach of 200 million people.