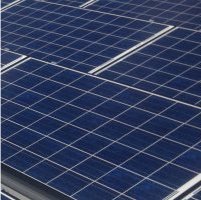 Less than a month after the U.S. Department of Energy (DOE) committed $1 billion in new loans guarantees to fund the growth of clean energy systems in the USA, the Obama Administration last week announced the release of more than $102 million to help drive further innovation in solar technology.

The funding draws from the DOE’s massive SunShot program and is broken into two parts. More than $52 million will support 22 new projects from national universities, laboratories and private partnerships; with the aim of making solar power cheaper through research and development.

A further $50 million in funds will go towards driving down the cost of solar energy beyond the USA’s SunShot goal, which seeks to make solar power cost competitive with fossil fuels by 2020.

Six projects were awarded $7 million for work on advancing the “physics of reliability” of photovoltaic systems by designing better product testing for solar modules, information vital to reducing risk for solar investors.

$32 million will go to 14 projects focused on reaching Sunshot targets for developing Concentrated Solar Power (CSP) technology, which requires highly-efficient systems capable of operating at temperatures above 720C while achieving at least 50 per cent thermal-to-electric power conversion efficiency, far more efficient than current technology. CSP giant Abengoa Solar LLC, and some of America’s top-ranked universities, including Dartmouth and Oregon State are among the awardees.

Two projects received $13 million to design a national program for local governments aimed at cutting the red tape inhibiting access to solar energy for consumers. The program will help them grow their local solar markets, create jobs and promote sustainable economic opportunities. According to the DOE, the cost of going solar can be $3,000 higher for households in communities with difficult solar policies.

In addition, $20 million in PV research and development grants will be available for up to 35 projects to advance the limits of photovoltaic cell and performance of solar panels beyond SunShot’s 2020 target. The funding aims at reducing the cost of solar by one-half to one-third by 2030.

The remaining $30 million represents the coordinated release of Sunshot’s annual Tech-to-Market funding, which provides private enterprise with the cash boost required to bring new solar innovations to market, and ensures U.S. businesses have a positive impact on reducing the cost of energy from solar

“Since President Obama took office, the total cost of a home solar energy system has fallen by nearly 50 percent, while solar deployment is up nearly twenty-fold. Today, solar energy is cost-competitive with traditional energy sources in 14 states,” said Energy Secretary Moniz. “The projects announced today will help more communities nationwide reach the goals laid out in the Clean Power Plan, while ensuring that America continues to lead the world in clean energy innovation.”