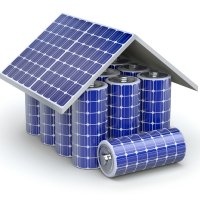 Currently, solar owners in WA can only install non-exporting batteries; but the new rules will pave the way for the battery storage revolution said Dr. Nahan.

“I am pleased that Synergy and Western Power have reacted quickly to developing a non-reference service that can amend the anomaly without requiring the regulator to amend the network access arrangement,” he stated.

“It has been a significant inconsistency that eligible customers were able to export electricity onto the SWIS from residential solar photovoltaic (PV) systems, but were not able to do so from a battery or electric vehicle storage facility.”

WA Greens spokesperson on Energy, Robin Chapple MLC, raised the issue in Parliament earlier this year and welcomed the announcement.

“Thankfully, logic has prevailed and the government has very quickly amended its use of language in this agreement to allow for the use of new battery technologies,” he said.

“Battery storage systems are going to completely revolutionise the way that we use energy, offering West Australians the opportunity to simultaneously save money and cut their household emissions.”

The number of solar panel systems in Western Australia is continuing to climb at a significant rate. Dr. Nahan’s announcement states around 1,750 residential solar PV systems have been installed each month on the SWIS during this year.

According to Energy Matters, a 5.3kW battery-upgradeable solar power system installed in Perth can return a financial benefit of between $1,585 and $2,279 a year; without storage added.

In August, Dr. Nahan said the government expects the majority of electricity generation capacity during sunlight hours in the Perth metropolitan area will be supplied by rooftop solar panels in around 10 years time.