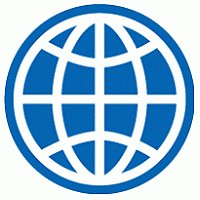 The World Bank has approved a US$130 million credit facility to help address energy shortages in Nepal.

Despite Nepal having no reserves of gas, coal or oil; it does have massive hydropower potential – but very little of this has been tapped. Renewables, including hydro, made up just 1.22% of Nepal’s energy mix in 2012.

The electrification rate in Nepal is only about 55%, with approximately 43% in rural areas. The country’s average annual per capita electricity consumption is about 130 kWh – one of the lowest consumption rate in South Asia. An average Australian household would consume this amount in under a week.

Nepal endures up to 18 hours of electricity blackouts a day, especially in the winter months – and the duration is expected to increase.

Firewood is the predominant source of energy in the nation, ac counting for more than 70 per cent of consumption. In addition to being, inefficient; the use of firewood poses a threat to the country’s forests and a health hazard when used indoors in open hearths.

The solar component includes the design, supply, construction, commissioning, operation and maintenance of 25MW grid connected solar farms, which will supply electricity directly to the Nepal Electricity Authority’s (NEA) distribution network. This will significantly build on Nepal’s PV capacity, which was just 7.4 megawatts in 2012.

“Reliable electricity is crucial for Nepal to achieve its full growth potential,” said Takuya Kamata, the World Bank’s Country Manager for Nepal. “This project will not only address short-term measures of introducing solar power generation into the system but will also contribute to reduction of distribution losses” he said.