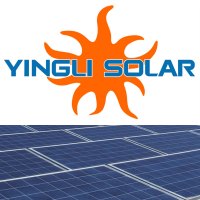 Yingli Solar announced last week it had reached more than 13 gigawatts of cumulative solar panel deliveries worldwide by the end of the first quarter of  this year.

The company states the energy produced by all Yingli Solar panels can avoid nearly 9 million tons of carbon emissions annually; the equivalent of taking approximately 1.7 million cars off the road.

More than 50 million Yingli solar panels have been shipped to more than 90 countries, including Australia, where they have been popular in residential solar applications.

“Together with our partners, we have made solar power — and the significant environmental and economic benefits it provides — accessible to communities in nearly every corner of the world,” said Mr. Liansheng Miao, Chairman and Chief Executive Officer of Yingli Green Energy.

Last year, Yingli’s total PV module shipments (including shipments for PV systems) totaled 3,361.3 MW. Its success within the Chinese domestic market greatly accelerated in the second half of 2014 and accounted for approximately 37% of total shipments for the full year. In Japan, Yingli’s shipments nearly tripled in 2014.

Yingli Solar is one of the world’s largest fully vertically integrated solar panel manufacturers and was founded by Liansheng Miao in 1998. Since 1998, its manufacturing capacity has grown from 3 MW to 2.45GW today.

Headquartered in Baoding, China, the company has more than 18,000 employees worldwide.

In addition to manufacturing panels to be used elsewhere; the company builds systems to help supply electricity for its own operations and now more than 20MW of solar panels installed on site.