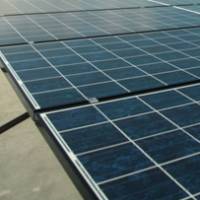 A tenfold jump in green technology such as renewables is required to meet global emissions targets says a new study out of Duke University in the USA.

The analysis shows per-capita carbon emissions have increased about 100 percent every 60 years since the Second Industrial Revolution, a period commencing at the end of the 19th century and start of the 20th.

This was compared with the speed of new innovations in low-carbon-emitting technologies and coupled with projections of future global population growth.

“As a consequence, to limit global warming below 2°C, the use of renewable energy sources and large-scale deployment of negative emissions technologies must spread with historically unprecedented minimal delays, ” says the study paper, published in the journal Earth’s Future

Gabriele Manoli, a former postdoctoral associate at Duke’s Nicholas School of the Environment and study lead, says the lag in the spread of emission reducing technologies can sometimes be technical in nature; but it can also be caused by political or economic barriers.

“Radically new strategies to implement technological advances on a global scale and at unprecedented rates are needed if current emissions goals are to be achieved,” says Mr. Manoli.

The political issue can be a major one – we’ve certainly seen our share of it in Australia.

A good example of political interference stymieing the uptake of renewables dates back to the 1980’s in the USA.

In 1979, then-US President Jimmy Carter dedicated a new solar hot water system installed on the White House roof, stating “.. a generation from now, this solar heater can either be a curiosity, a museum piece, an example of a road not taken”.

Solar on the White House roof was a powerful statement, but unfortunately, the latter eventuated to some degree. President Ronald Reagan ordered the system be pulled down in 1986, with the Administration stating the panels “didn’t befit a superpower”. Just as the installation was a powerful signal, so too was its removal.

It would take nearly 40 years for solar energy technology to again be installed on the White House rooftop – but instead of it being a pioneering move as it was originally, it was more a case of bowing to public pressure and jumping on the bandwagon. Still, it’s had a positive impact.

It makes you wonder where solar power uptake might be today globally if Ronald Reagan had shared President Carter’s passion for renewable energy.