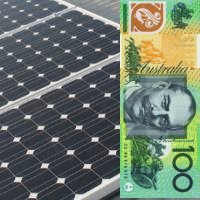 There were several changes to solar feed in tariff arrangements in some Australian states when the calendar flipped over to January 1. Here’s a summary.

The change having the biggest impact on solar households and businesses was in New South Wales.

Participants in the legacy NSW Solar Bonus Scheme who had been receiving 60 cents or 20 cents per kilowatt hour for all the electricity they generated will be switched to a unsubsidised rate in the range of 4.7-8c per kWh generally (although some electricity retailers are offering more). Additionally, the rate is only payable on surplus electricity exports. To further complicate things, in many scenarios solar households will also require a meter change.

For those affected, the reduction could translate to much higher electricity bills – up to thousands of dollars a year more. Energy Matters has published a guide to the changes, which also details actions that can be taken to minimise the impact.

In Victoria, the legacy Transitional and Standard Feed-in Tariff Schemes (TFiT and SFiT) also ended on Saturday night, which will impact approximately 70,000 solar households and businesses across the state. The end of the TFiT sees participants hit with a reduction from 25 cents per kilowatt hour for surplus power fed into to the grid to as little as 5c per kilowatt hour. A TFiT guide can be viewed here.

Across the border in South Australia, the mandatory minimum feed in tariff rate ceased on January 1 as a result of a decision of the Essential Services Commission of South Australia. The Commission said the minimum rate no longer served the best interests of consumers, but that it will be monitoring the situation.

Electricity retailers in SA will still need to offer feed in tariffs, but there is no set minimum amount.

Solar households in South Australia should check with their electricity retailers to determine what impact, if any, the change may have on them.

In all cases, it’s good to keep in mind some electricity retailers are more solar-friendly than others – so it can pay to shop around. It’s also important to consider any electricity retailer offer very carefully. Some may provide a high feed in tariff rate than others, but there may be a devil or two in the detail.

For households and businesses wanting to get the most from their high value solar energy sourced electricity, retrofitting a battery system is an option well worth considering. Energy Matters offers a solar + battery calculator that can be used in retrofit scenarios to indicate the potential benefit of installing home energy storage.

Solar Feed In Tariffs In Australia