Other highlights from June include 242 small-scale commercial sized solar systems (10 – 100kW) were installed across the country during the month. Queensland also led here, with 77 systems. New South Wales had the largest small-scale solar panel system installed during June (50kW).

Energy storage is slowly starting to make its mark; with 42 small-scale solar power systems installed with battery storage in June. As batteries aren’t under the Renewable Energy Target, there’s no CER data available on retrofits. 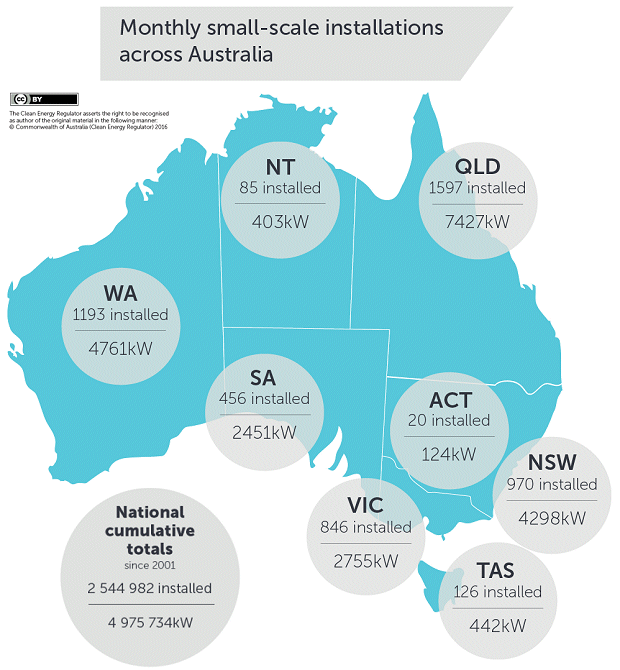 As at July 1, Australia boasted a total of  1,558,689 small scale solar power systems. There are also 787,404 solar hot water systems and 198,465 air source heat pump units installed throughout the country.

CER points out that there is a 12 month period for creation of small-scale technology certificates, so figures to date will continue to rise. Figures are based from the beginning of the Small-scale Renewable Energy Scheme, which commenced in 2001

Here’s how the various states stack up for small scale solar PV installations to date, as at July 1:

The Clean Energy Regulator is responsible for accelerating carbon abatement in Australia through via the National Greenhouse and Energy Reporting scheme, Renewable Energy Target and the Emissions Reduction Fund.