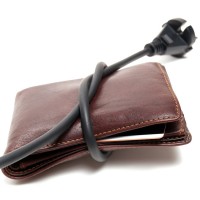 Australia has the world’s most overpriced electricity before tax according to a new report.

An international comparison of Australia’s household electricity prices was prepared by CME for One Big Switch.

The study compared power prices in all Australian states with prices paid by households in countries in Europe, Great Britain, Japan and the United States.

The CME report plus other statistics mentioned by One Big Switch reveals:

To add to already intense hip-pocket pain; electricity prices in South Australia, New South Wales and Queensland increased significantly at the beginning of this month – and these increases were not reflected in CME’s comparison.

“After these increases, electricity prices in New South Wales for these offers (before taxes and at market exchange rates) will join those in South Australia and Victoria in being clearly higher than the average prices paid by households in other comparator OECD countries,” states the report.

“Only higher government taxes make final electricity prices more expensive in some nations, such as Portugal, Germany and Denmark.”

The CME report can be viewed here (PDF).

One Big Switch harnesses the collective buying power of its 600,000+ strong membership to secure better deals on various services for its members; including electricity supply. Its current Big Energy Switch campaign is seeking 40,000 Australian households to help unlock energy offers it has negotiated.

In addition to taking advantage of programs such as One Big Switch, Australians can further reduce their electricity costs and boost their energy independence with solar power systems and battery storage.