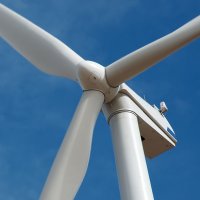 Blustery weather in South Australia has caused its share of headaches, but also provided a plethora of wind-driven electricity generation.

According to Clean Energy Council Policy Manager Alicia Webb, the state’s 683 wind turbines supplied 83 per cent of South Australia’s electricity requirements in the 24 hours up to 4pm on Monday, 11 July.

“Thousands of people are without power due to downed power lines this morning, and our thoughts are obviously with them and the SES crews who are helping those in need. But the large amount of wind power is at least one positive side effect of the severe winter weather,” said Ms. Webb yesterday.

This wind power bounty – with more capacity to come – is one of the reasons the South Australian Government has kicked in for a feasibility study to investigate the potential of constructing a new interconnector between the state and its eastern cousins.

South Australia wants greater access to baseload power in eastern states and to exploit new markets for the “incredibly cheap” renewable energy generated in the state.

While wind power may be cheap in SA, by the time electricity gets to the power sockets of homes in South Australia, it certainly isn’t.

As we mentioned yesterday, South Australia reportedly had the OECD’s second-highest pre-tax electricity prices in June – and that was before power price increases took effect from July 1.

Ms. Webb commented that wind power acts to keep power prices lower when the wind is blowing, but gas price volatility has been a culprit in increasing the cost of generating power across the state.

The intermittent nature of wind may not be such a challenge in the future.

“New technologies such as battery storage are falling in price, and will act as a perfect complement to smooth out the supply of renewable energy in the future.”

South Australia has one of the highest levels of uptake of solar panels in Australia.

40 per cent of the state’s power needs were supplied by renewable energy sources in 2015. The South Australian government has committed to a target of zero net emissions (carbon neutrality) by 2050.