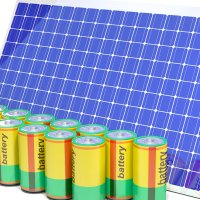 The State Government said the 12 month trial aims to help determine how electricity can be supplied to edge-of-grid West Australians.

“This stand-alone power system pilot is an exciting new initiative that has the potential to deliver alternative electricity supply solutions for West Australians living in rural and remote areas,” stated Minister Nahan.

“The pilot will help us explore the right mix of technology and service to make stand-alone solutions another option when maintaining or replacing ageing power poles and lines.”

The project follows a similar one announced earlier this year in Western Australia, when Horizon Power said it would install five fully stand-alone systems incorporating batteries.

Minister Nahan said if successful, Western Power will look into the future use of solar and energy storage as part of a solution for other edge-of-grid customers.

In related news, last week Horizon Power  issued a request for tender for a utility-scale battery system that can deliver up to two megawatt hours of energy.

The battery is to be trialled in Carnarvon, which Horizon says has reached its unmanaged hosting capacity for renewable energy.

“The use of the battery storage unit means that the cost of providing spinning reserve to supply electrical power for Carnarvon will be reduced as we will be using stored battery energy rather than operating gas or diesel generating sets to provide the reserve power,” said Horizon Power Managing Director Frank Tudor.

Carnavon has one of the highest distributed renewable energy generation levels of all of Horizon Power’s microgrids. The average daily load of 6 MW is partially met by 121 solar power systems totaling 1.3 MW in capacity.

Carnavon’s postcode, 6701, also incorporates a number of other towns; which collectively have a solar capacity of 2.7MW, provided by 212 solar PV installations.

It’s not just regional Western Australia where solar + storage can be of value – battery storage accompanying solar panels in Perth can offer huge benefits. According to Energy Matters, a 5.2kW solar power system featuring a Tesla Powerwall battery system installed in Perth can provide a financial benefit of between $1,828 – $2,236 a year; depending on the site and electricity self-consumption profile.