By this time next year, Brisbane Airport will have a 6 MW rooftop solar system – the largest in Australia.

The 6 MW system will include 22,000 panels installed across six airport sites. More than 200 km of cabling will be used for the install, equivalent to driving from Brisbane to the Gold Coast and back. 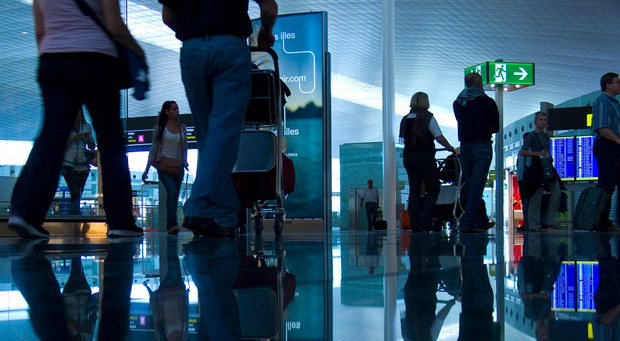 The solar PV system will add to the measures the airport already takes to reduce its energy bills, which include using LED lights and smart controllers for its air-conditioning.

“We are acutely aware of the increasing energy needs of running a major airport,” Mr Tangri said.

In addition, Mr Tangri said it made financial sense to invest in renewable energy to save costs and decrease the airport’s carbon footprint.

“We are in the enviable position of having thousands of square metres of unimpeded roof space ideal for solar harvesting.”

Once fully operational, the new system will account for 18 per cent of BAC’s direct electricity consumption.

The BAC project is not only the biggest commercial solar installation in the country, it is also one of the more complex because of the airport’s environment.

Care must be taken not to impede the traffic of passengers through the terminal during the solar system installation.

Design of the system is currently underway, and the installation will commence in December 2017 with completion expected in August 2018.

Brisbane Airport was named Australia’s leading airport last year at the World Travel Awards. It beat Sydney and Melbourne for the title, which looked at service standards and ease of travel.