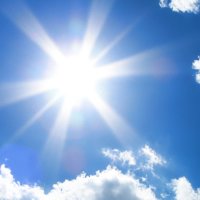 The Canberra Liberals said on the weekend they would repeal current solar access laws in the ACT if they win next year’s election.

The laws were introduced a couple of years ago with the intention of maximising energy efficiency of new homes and to provide land buyers confidence access to sunlight would not be compromised by a neighbour to the north.

Building regulations in the ACT are primarily meant to promote better solar passive design, but also to ensure access to sufficient sunlight for installations of solar panels.

However, it appears the changes in 2013 (Variation 306) have had some unintended consequences and are driving the costs of building up; significantly in some cases – sometimes in the tens of thousands of dollars.

Where land is level, the regulations aren’t a problem. But with Canberra’s valley floor built out; all that remains are the slopes. This has resulted in some blocks requiring more excavation than they otherwise would in some cases and more retaining wall works required.

There have also been complaints the regulations sacrifice privacy for sunlight.

“These blocks are now inefficient and we want to reverse this to once again get back to good design principles.”

Mr. Coe says more houses are now being built with their long sides facing east and west, which would add to energy bills; particularly during summer when the afternoon sun bakes west facing walls..

The Canberra Liberals originally tried to block the changes to planning regulations in 2013, but the laws were passed with the support of the Greens.

It seems the ACT Government isn’t blind to the flaws in the rules. In June, the government said it would revise the regulations; but that process is yet to be finalised.

According to Energy Matters, a 4.5kW solar power system installed in Canberra can return a financial benefit of $866 – $1,252 a year.