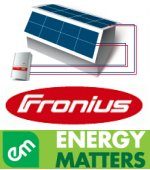 West and east/west facing solar installations used to be considered a no-no in the solar industry; a view rapidly changing due to several factors.

A northerly orientation is generally more ideal for solar panel installations, but east-west or even just west facing systems can now provide a good return on investment as well.

While previously when installing solar the focus may have been on making the most from feed in tariff incentives; with those now scaled back for newly-minted solar households, the name of the game has become self-consumption.

Self-consumption will become an even more important issue in the years ahead should time of use (TOU) electricity pricing come into effect. Under a TOU model, electricity rates may differ hour by hour and season to season.

For example, peak electricity demand can hit incredible highs in the afternoon during summer heatwaves; pushing the wholesale price of electricity to staggering levels – over $12 a kilowatt hour.

Under TOU, the wholesale cost may be more accurately reflected in retail pricing at the time of the day these events occur; with cheaper electricity being available at other times of the day. For households with a stack of solar panels on their west-facing rooftop; it could mean a savings bonanza.

If feed in tariff incentive levels also vary according to the time of day electricity is exported, again the west facing installations will emerge as winners.

Other factors making west and east/west installation now more viable include the plummeting cost of solar panels and inverters, plus improvements in associated technology.

Leading inverter manufacturer Fronius has demonstrated that despite the assumption east-west oriented PV systems require inverters for both orientations or at least one inverter with multiple MPP (Maximum Power Point) trackers to avoid mismatching losses; an inverter with a single MPP tracker can still  perform well.

East/west installs provide other benefits too in distributed energy generation’s bigger picture according to Fronius.

“From the perspective of grid operators, east-west oriented PV systems are desirable compared to south (editor note: north in Australia) oriented PV systems because the energy is fed-in more evenly throughout the day; power peaks can be reduced and thus relieving the grid,” says Fronius’s Dietmar Staudacher in a paper (PDF) on the topic. Fronius has been at the forefront of inverter technology for many years and involved in energy management solutions for over 68 years.

The key to an efficient east/west install with a single inverter has much to do with how well a solar inverter is designed. For example, Fronius’s IG series feature the MIX Concept. In this line of inverters, multiple identical power modules either function simultaneously or only as required depending on the amount of electricity panels are producing at a given time. In addition to translating to better efficiencies in east/west systems; in a situation where one power module fails, the others will continue to function reliably.

For those who believed they may never be able to install solar power systems due to having a rooftop where the only available orientation for installing solar panels is east/west, all this is good news.