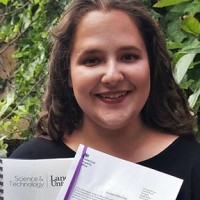 Could a football-sized energy storage solution designed by a 21 year-old student from Lancaster University in the UK replace lithium-ion based home battery systems?

Third year Mechanical Engineering student Abigail Carson has apparently developed a super-fast Flywheel Energy Storage (FES) design that could be used with solar power systems and for a wide range of other applications.

Flywheel energy storage involves accelerating a rotor to a very high speed and maintaining the energy in the system as rotational energy. FES units are usually contained in a vacuum enclosure with the rotor suspended by magnetic bearings to minimise friction, and connected to a combination electric motor and electric generator. 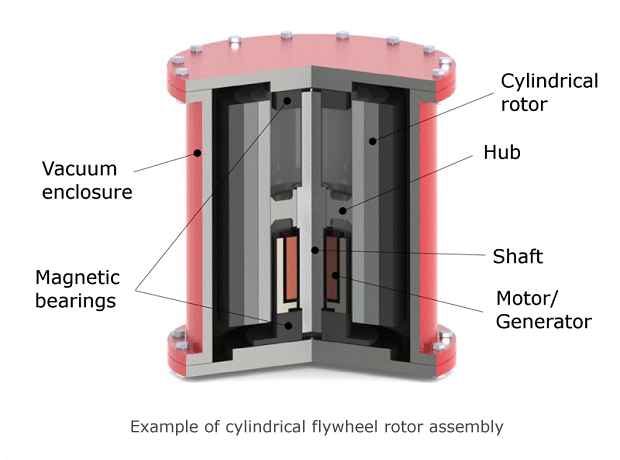 In Ms. Carson’s design, the rotor is permanently levitated instead of electromagnetically and does not require additional control mechanisms; eliminating maintenance and user input.

Many flywheel systems in the past have used a steel rotor, but like other modern FES systems, this design can utilise composites such as carbon fibre.

Existing flywheel energy storage units have rotors spinning at up to 60,000 rpm, but Ms. Carson’s figures indicate her design can achieve 144,000 rpm. The unit is around the size of a football, which she says would be suitable for residential applications, but by stacking units capacities in the megawatt range could be achieved.

“The Flywheel Energy Store can be used for a vast range of applications – most significantly in providing energy security and independence for everyone globally, but also including eliminating waste in power networks, pumping water to villages and allowing for cleaner cooking and heating in developing countries, instant charging of electric vehicles, and off-grid energy storage,” says Ms. Carson.

Ms. Carson says the unit would have a lifespan of around 30 years, which is significantly longer than conventional home batteries. The FES is also 100% recyclable and has other advantages.

“Batteries are unable to match the ramping rate (how quickly the energy can be charged or discharged) of a FES. This is important for when large amounts of energy are needed, such as smoothing out supply and demand on large energy networks.”

An example of another type of FES used for grid stabilizing applications is operating in Western Australia.

There is a patent pending for the new design and Ms. Carson is the process of seeking investment opportunities to implement her flywheel energy storage system.

How long it will be before this FES is commercially available or what it will cost if it makes it to market is anyone’s guess – it could take many years and there will undoubtedly be challenges along the way.