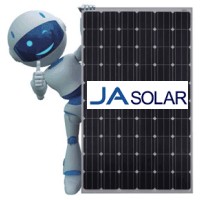 Located in the Red Sea region of Egypt, developed by Masdar and funded by the government of Abu Dhabi, the 14MW total-capacity project will generate electricity to be used in conjunction with the tourism sector.

The project consists of four power plants – Marsa Alam, Shalateen, Abu Ramad and Halayeb. In addition to substantial cost savings, the plants are expected to reduce carbon dioxide emissions by 42,700 tons each year.

Solar panels need to be particularly robust to survive the conditions dished up in the Red Sea region.

“Because the project is located in the desert and will experience extreme climatic conditions, it has stringent requirements for highly reliable modules,” said Mr. Jian Xie, President of JA Solar.

“Our winning bid demonstrates the high quality and reliability of our modules and the broad international recognition of our products.”

JA Solar has been doing particularly well over the past year. Among its milestones, in October 2015 the company opened a manufacturing plant in Malaysia – its first production facility outside of China. Last month, JA Solar announced it had commenced production at a new manufacturing facility in Xingtai, Hebei province, China.

Also in May, the company said it was providing 420MW of modules for China’s “Front Runner” project in Datong, Shanxi province; the first phase of which will have a capacity of 950MW. The Chinese government were very particular when vetting PV suppliers for the project. Conversion efficiency of polycrystalline and monocrystalline modules was required to exceed 16.5% and 17% respectively; with low degradation rates over a module’s entire serviceable life.