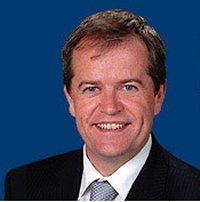 Labor leader Bill Shorten has called on the Liberal Government to resolve the impasse over Australia’s Renewable Energy Target within the next two weeks.

“Something has to happen this fortnight otherwise jobs will go – and Labor is simply not prepared to see that happen.”

Unfortunately, jobs have already gone, with the latest example reported on RenewEconomy just yesterday. According to RenewEconomy’s Giles Parkinson, one of the largest renewable energy developers in Australia, Pacific Hydro, is cutting staff numbers by as much as 25 per cent.

The outcomes of a meeting between Labor and representatives from industry, investors and unions yesterday reinforced Labor’s position on the RET.

Labor is demanding that the Small-scale Renewable Scheme (SRES), which provides support for the installation of residential and commercial solar power systems must remain as it currently operates, with a commitment to no policy changes.

The party also wants the removal of current legislated review processes, with the next review to occur for post-2020 renewables. The RET has been subject to ongoing reviews and this is contributing to investor uncertainty.

Labor also wants a commitment to a mid to high 30,000 gigawatt hours Large-scale Renewable Energy Target (LRET) and more controversially, a 100% exemption to all emissions intensive and trade exposed sectors .

“The future of this industry is too important to fall victim to the Government’s ongoing chaos,” said Mr. Shorten. “The Government’s only position has been to drive investment out of the country and as a result, increase electricity prices and pollution.”

Investment in large-scale renewable energy projects in Australia last year was down 88 per cent to just $240 million – the worst levels we have seen for more than ten years. Australia was ranked in the top four most attractive places to invest in renewable energy in 2013. Less than two years later, the country is now ranked 10th.

On a related topic, the annual share of coal fired generation in Australia’s National Electricity Market (NEM) rose again to reach 74.7 per cent in the year to January 2015. Coal use and related emissions have been rising since the axing of the carbon tax.

“Renewable energy is a critical part of the Australia’s future energy mix and key ingredient for economic growth,” said Mr. Shorten. “Labor’s position seeks to lay the foundation for a viable renewable energy industry not just to 2020 but beyond.”