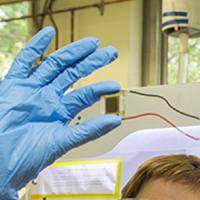 The record 26 percent sunlight-to-energy conversion was achieved by mechanically combining perovskite with silicon solar cells, a breakthrough that could lower the cost of rooftop solar power systems.

“Until now efficiencies of this kind have only been achieved using high cost materials normally used on satellites,” said ANU team leader The Duong. “We are now a step closer to a low-cost alternative.”

Perovskite’s lattice-like atomic structure gives the material tremendous light-absorbing abilities, and the ANU team hope that by pairing it with established silicon solar technology – which currently accounts for 90 percent of the global solar market – they could create a new generation of high-efficiency perovskite-based solar panels.

“This breakthrough opens the way to increasing the efficiency of silicon solar cells further, and in a cheap way,” said Professor Kylie Catchpole from ANU’s Research School of Engineering. 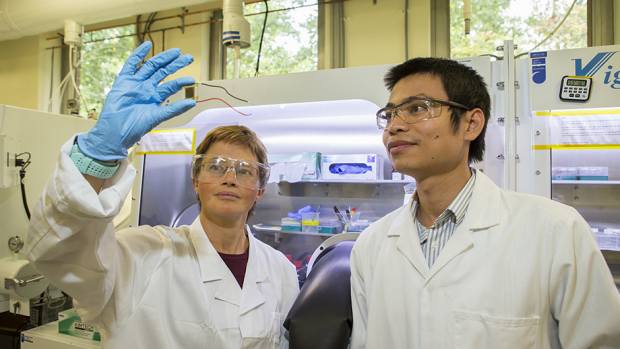 It will be some time before perovskite solar cells begin appearing on Australian rooftops and in the interim the team have high hopes for boosting efficiency levels even further.

“The key challenge for now is achieving the same stability as we have with silicon solar cells that can be put out on a roof for 20 years using perovskite,” Professor Catchpole said.

“Over the next few years we are planning to increase efficiencies to 30 per cent and beyond.”

While cheap and plentiful, perovskite has the tendency to break down in sunlight, although apparently fully rejuvenates after a short time in the dark. It’s this stability problem that has proven to be the most vexing issue preventing perovskite making prime time on the solar scene.

Until now, the highest recorded efficiency ever recorded for a silicon/perovskite solar cell was 25.5 percent, set in April 2016 by scientists from Hong Kong Polytechnic University (PolyU). At the time, it was estimated the development could lower the cost of solar energy from $ 0.65 cents/W to $ 0.46 cents/W.

The ANU work was conducted as part of the “High-efficiency silicon/perovskite solar cells” project led by University of New South Wales, in conjunction with Monash University, Arizona State University and industry partners.

The research received $3.6 million in funding from the Australian Renewable Energy Agency (ARENA) and has been published in the journal Advanced Energy Materials.

The development is the second Australian renewable energy related technology to hit the headlines in the past week. RMIT scientists earlier announced a plant-inspired electrode with the potential to boost supercapacitor storage capacity up to 3,000 percent.