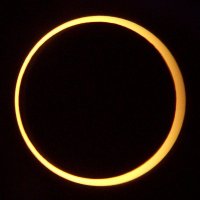 Many will be closely monitoring the effects a total solar eclipse  this week has on Germany’s electricity infrastructure.

But what happens if all those solar panels rapidly stop producing power during the day? Germany is about to find out – and it’s unlikely to be an electricity Armageddon.

On the morning of March 20, a total solar eclipse will occur and over the span of 1.25 hours. Sunlight will be reduced by 73 percent, affecting solar electricity production up to 2.7 times faster than it normally would.

According to Opower, the effect will similar to turning off a medium-sized power generation plant every minute for a full hour. As the eclipse ends, the reverse will occur – solar power output could  jump by as much as 18 gigawatts in just over an hour.

Much of what will happen will depend on the weather. Should the morning of March 20 be cloudy, the impacts will likely be negligible. Even if it is a sunny day, Opower believes Germany will survive it quite well as being a nation well known for perfectionism, it of course has strategic flexibility planning in place specifically for a situation like this.

What occurs will be closely watched by the electricity sector all over the world as it’s believed to be the most significant event of its type since the solar revolution began.

The interest isn’t just concerning the impact of solar eclipses. As solar panel capacity increases, so too will the degree of variance in power production; which poses some challenges for grid operators.

“Assuming the German government achieves its target of 66 gigawatts of solar capacity, a clear-sky sunrise in 2030 could drive an increase in solar power supply as steep as the rebound phase of 2015’s eclipse,” says Opower.

It’s situations like this that will also help propel the uptake of home and commercial energy storage – and in the process, drive down storage prices.

Germany led the world in solar uptake through its revolutionary feed in tariff scheme and the nation is also a pioneer in supporting energy storage through a generous subsidy scheme already in place. By the end of last year, more than 15,000 households in Germany had installed energy storage systems.