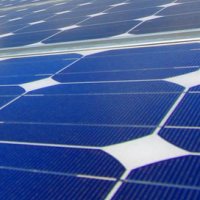 A 30 MW solar power generation facility has been inaugurated in Ormoc City, Leyte.

Constructed by Thailand’s Soleq for Gregorio Araneta Inc., the facility has 98,000 solar panels; enough to supply clean electricity to 50,000 households. Another 30 MW capacity will be added to the project soon.

During  construction, up to 3,000 workers were employed and 100 employees will operate the $50-million solar farm on a permanent basis. The plant has been built on private land leased for 30 years.

Another project for the joint venture is a 100-megawatt project in Negros Occidental province; which is expected to be completed in December this year.

To date, Soleq’s activities have primarily in Thailand, where it has developed more than 70MW of solar capacity.

Solar power uptake has been a little slow in the Philippines, partly due to very complex permit processes involving multiple levels of government. However, the need for clean energy production is growing more urgent as power consumption in the Philippines increased by 50 percent in the decade to 2012.

The Philippines’ energy mix is quite green already, with hydropower and geothermal power accounting for around 30% of its total capacity. According to the Guardian; wind, solar and biofuel currently make up only 117MW of the Phillipines’ 16,163MW total energy generation capacity.

The Philippines’ government has set a renewables target of 50% by 2030. Achieving this target has been made more challenging due to demand for energy in the country forecast to exceed 30,000MW by 2030; more than double a current demand of 12,000MW.

The country certainly isn’t without its share of those passionate about solar. One of the more interesting characters is Solar Philippines president Leandro L. Leviste, who is just 21 years old. Mr. Leviste’s company installed what was claimed to be the largest solar array on a shopping mall in the world last year.

Another company that will play a major role in the Philippines’ solar revolution is SunEdison, Inc. In November last year, SunEdison signed a joint framework agreement with Aboitiz Renewables, Inc. to scope, develop and operate up to 300 megawatts of utility-scale projects across the nation.