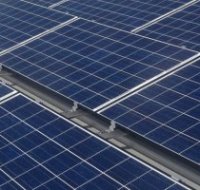 The first part of the Going Solar in America report (PDF), released last week by N.C. Clean Energy Technology Center, states rooftop solar is already cheaper than power company rates in 42 of the 50 cities – and the number will only increase as solar prices continue to fall.

American households also have another option that has become increasingly popular – renting/leasing a system. It’s estimated more than 65% of residential solar installations in the USA are solar lease products.

That solar is such a good investment isn’t news to many Australians who have made the switch and are now saving big on power bills. Australians have the added advantage of cheaper solar panel systems than the USA.

In January last year, Australian solar provider Energy Matters revealed the investment potential of solar power. At that point in time, an outright purchase of solar was a better investment than shares, property, gold, global fixed interest or even fine art in many cases.

Energy Matters’ Australian Solar Index, which covers the top 50 cities serviced by the company, provides a snapshot of the average internal rate of return on solar power systems installed in various locations around the country.

As is becoming increasingly the case in the USA, the answer for Australians still looking for a good place to invest some cash may be right above their heads – in the potential of their rooftop real estate.

While the initial outlay for solar panels may still be a block for some Australian households, innovative products such as Energy Matters’ zero-deposit, Save As You Go payment plan can remove the barrier of up-front costs – and the savings can still be more than the repayments.