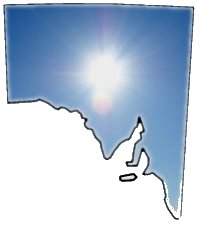 A decision in the Federal Court to prevent a “solar tax” being applied in South Australia has implications nationally.

“It’s a sensible outcome to stop SA Power Networks from charging solar households an average of $100 per year.”

The $100 a year would have been a sizeable bite from potential savings to be had by installing solar panels. According to Energy Matters, a 3kW solar power system installed in Adelaide can provide a financial benefit of up to $1,270 annually, depending on consumption profile and installation scenario.

The decision has national ramifications.

“This Federal Court decision is broader than just SA. If SAPN had been successful, it is highly likely that other networks would have gone down the same road,” said Mark Byrne, energy market advocate at Total Environment Centre.

“This decision places all electricity networks across Australia on notice that they cannot unfairly charge solar households more to cover the cost of their poor planning for an electricity network changing from fossil fuels to greener energy and lower consumption.”

Justice Mansfield’s oral judgment will be followed up by a written judgment next month.

41% of the state’s electricity generation this year has been from renewable sources.