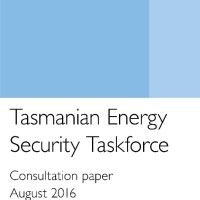 Interested parties have been invited to provide feedback on a Consultation Paper released yesterday by Tasmania’s Energy Security Taskforce.

“The Taskforce is aware of the broad community concerns that arose earlier this year as dam storages fell to historically low levels and energy security became a ‘front and centre’ issue for all Tasmanians,” said Mr Geoff Willis AM, who is chairing the Taskforce.

“We have decided that an early step in examining energy security would be for us to consult widely in gathering all the relevant information and knowledge.”

The Consultation Paper (PDF) has a significant section dedicated to renewable energy, which comes as no surprise given most of the Apple Isle’s electricity generation is from renewable sources; predominantly hydro.

Tasmania also has significant wind capacity. Currently 308 MW of wind energy capacity is installed; which translated to approximately 1,000 GWh of generation in 2014 -15 – around 10 per cent of consumption.

Given Tasmania’s significant wind resources, there have been calls to boost wind power capacity and the fast tracking of 369 MW of proposed wind farm developments.

Also discussed is the potential of other renewable energy technologies.

“While wind power currently appears to be the most likely avenue of further renewable energy development in Tasmania, other sources such as large scale solar farms, wave energy and geothermal energy are all possibilities in Tasmania,” states the paper.

The impact of small scale home and commercial solar power along with battery storage is also mentioned; with the paper stating there is significant capacity for rapid change under the right conditions.

“According to AEMO, it is anticipated that household solar connections will continue to grow at a steady rate in the absence of any large changes in the feed in tariff structure.”

Submissions on the Consultation Paper need to be lodged by Friday 9 September, 2016. The Taskforce will then deliver a draft report within six months, and its final report will be provided to Government by the middle of next year.

In June, it was estimated the total cost of Tasmania’s recent energy crisis caused by the 6-month Basslink interconnector outage was up to $180 million. More than a hundred diesel generators were brought in to make up the shortfall in electricity generation. The situation also increased the sense of urgency regarding the construction of a second interconnector.

The end of Tasmania’s energy crisis was shortly followed by an increase in power prices for all businesses and households in Tasmania on standing offers, which kicked in on July 1. However, solar households also received a welcome surprise with 21% increase in feed in tariffs.