The number of Australian household solar power installations has reached 2 million, a milestone for the young solar industry.

Queensland leads the nation, with almost 600,000 homes – or 30 per cent of households – fitted with solar panels. The Sunshine State also boasts four of the top five solar postcodes in the country. 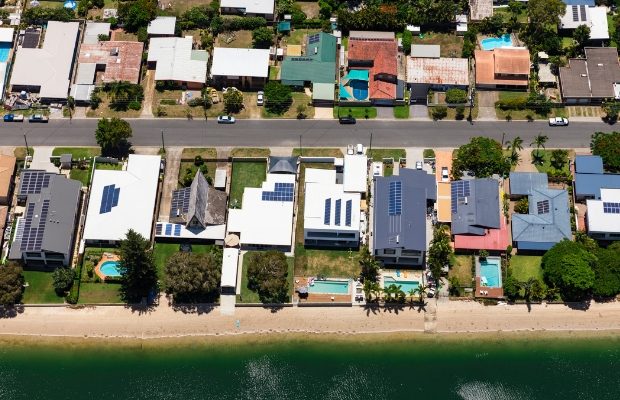 Rooftop solar is reducing the strain on the grid.

“Homes with rooftop solar installed are saving on average of about $540 per year on their electricity bills,” said CEC head Kane Thornton.

Rooftop solar panels operate like a mini power station, reducing strain on the electricity grid. With additional backup storage, such as battery systems, solar users get more financial benefit by using stored energy overnight. This is valuable during those summer days when household air-conditioners are turned right up.

The Australian Energy Market Operator (AEMO) estimates six solar panels per minute are being installed across Australia. Add in large-scale solar projects, and the figure rises to 10-20 panels every sixty seconds.

The surge in solar has in addition provided a new industry for electricians, with thousands of sparkies signing up as solar installers.

A recent report highlights how the solar energy sector is inspiring the next generation of engineers and scientists. It points to AEMO projections showing the renewable industry could create close to 60,000 new jobs annually until 2030.

Solar’s growing appeal comes with a caution on safety

Thornton said consumers choosing to go solar need to take their time and nor rush to get a quick, cheap deal.

“Installing solar is a big decision,” he said.

STCs reduce the up-front cost of installing solar PV, and only CEC-Accredited installers, such as Energy Matters, can design and install STC-eligible solar systems.