There are now officially more than 1.6 million small solar panel systems installed throughout the nation; enough to supply the electricity needs of 1.4 million Australian households.

While October wasn’t the busiest of months for installations by any stretch, 5,169 small wind, hydro and solar systems were installed nationally in October. This represented a total generation capacity of 22,225kW and further boosted Australia’s already impressive totals.  Solar panels made up the vast majority of the figures. 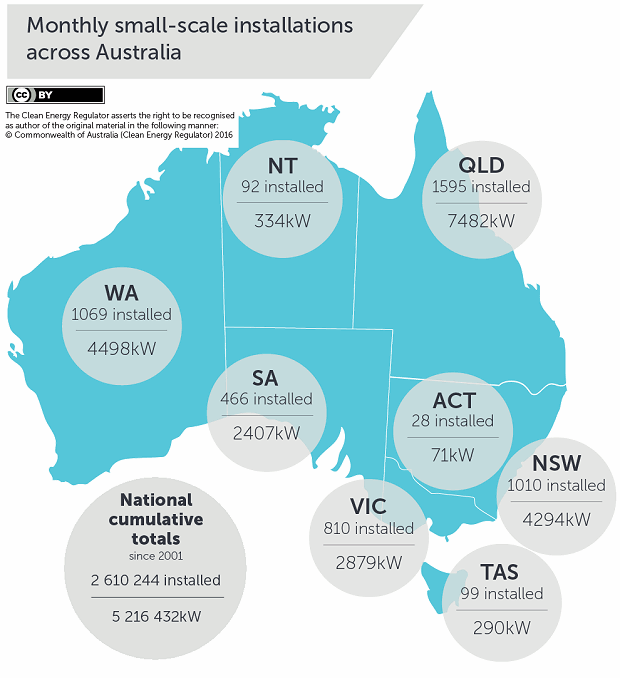 With regard to solar battery systems, 53 PV installations also had a concurrent battery storage addition in October, bringing the total to 1,961.

It’s important to note these battery statistics do not include energy storage retrofitted to existing solar power systems. As to that number, it’s anyone’s guess – but given the number of enquiries Energy Matters receives from existing solar owners regarding retrofits; it would boost that number significantly.

Energy Matters is expecting increased interest in solar batteries after launching its current and limited special offer – up to $2,500 off German-made sonnen battery systems.