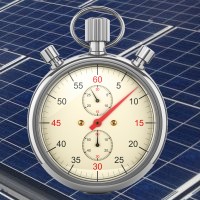 It’s been reported some energy retailers are taking advantage of consumer confusion as the end of New South Wales’ legacy solar feed in tariff incentive draws near.

Participants who joined the New South Wales Solar Bonus Scheme prior to May 2011 have been receiving 60 cents or 20 cents per kilowatt hour for all the electricity generated by their solar panel systems.

This arrangement ends on December 31. From January next year, they’ll receive an unsubsidised tariff rate of 4.7-8c per kWh on average – and only for surplus electricity exports. In most cases, the new arrangement will also mean a meter change is required.

The change will have a significant impact on the 146,000 households participating in the scheme.

Solar provider Energy Matters estimates a 3kW system owner in Sydney could experience an electricity bill increase of as much as $2,400 a year as a result of the less generous incentive.

Energy Matters has published a guide for New South Wales Solar Bonus Scheme participants detailing actions that can be taken to minimise the effects, plus a calculator participants can use to estimate financial impact.

According to an ABC report, the Solar Bonus Scheme situation has created significant confusion and accusations have been made some energy retailers in NSW are offering “less than genuine” deals on smart meters.

The NSW Energy and Water Ombudsman has reportedly received dozens of complaints about the closure of the Solar Bonus Scheme, mostly in relation to confusion about the installation of new meters.

The NSW Government is holding information sessions about the closure of the scheme in a series of workshops explaining how the changes will affect participants and recommended courses of action. These sessions will be held in the following locations:

Dates, times, venues and registration for these workshops, which begin next week, can be accessed here. The workshops are free to attend, but registration is required.