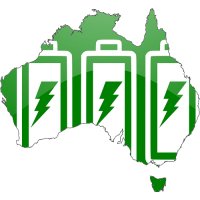 The world’s energy storage revolution is revving up – and Australia will be one of the global leaders in battery uptake out to at least 2025.

In a new report, IHS Markit states the global energy storage market is expected to double to 2.9 GWh installed capacity by the end of 2016. Looking past this year, IHS believes grid-connected energy storage capacity will surge to 21 GWh globally by 2025.

As to what type of battery chemistry will be predominant in this massive rollout, there’s no surprises there. Lithium-ion (Li-ion) batteries will rule the roost, with more than 80 percent of global energy storage installations utilising the technology by 2025.

“The United States and Japan are leading the way, but we’re also seeing activity in South Africa, Kenya, the Philippines and other countries, as the cost of batteries continues to decline,” said Ms. Boust.

Australia will also be a significant player on the global battery storage stage, with penetration expected to bypass 5 percent of installed power capacity in 2025. 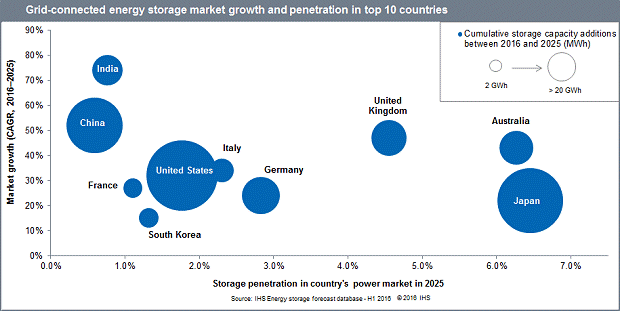 Eight countries will see cumulative behind-the-meter storage exceeding 1 GWh by that year, including Australia. IHS says half of all installations will be initiated by households and businesses. This major shift to storage will see a huge amount of disruption to power companies and large equipment manufacturers.

Australia’s battery storage love affair really started to blossom earlier this year with the launch of Tesla Powerwall; followed by other solutions such as the Fronius Solar Battery and more recently, German-made Sonnen battery systems. Very soon, Enphase energy storage will also arrive on our shores.

According to Australian solar energy storage provider Energy Matters, a residential battery system combines with solar panels can reduce a household’s mains grid electricity use by up to 80% (depending on site factors and electricity consumption profile).

With installations of solar power systems in Australia now exceeding a staggering 1.55 million, many households and businesses will be considering boosting their energy independence and taking more control of their electricity costs in the time ahead.