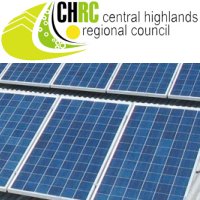 To be up to 150MW capacity, the solar power station will be built on 400 hectares near the town of Tieri, which is 917 km northwest of Brisbane and northeast of Emerald.

The construction phase, expected to last around 18 months and to commence sometime in 2016 to 2017, will create up to 200 jobs.

Polycrystalline solar panels and a horizontal, single-axis tracking system will be used at the facility.

‘This type of investment in the Central Highlands is exactly the type of diversification of enterprise and economic focus that we need in the face of current challenges in the resource industry.’

Tieri is a very young town, built in 1983 and was established as a service centre for local coal mines.

According to Energy Matters, Tieri receives solar irradiation levels of around 5.47 kilowatt hours per square metre daily. The solar farm will provide a mighty boost for the 4709 postcode’s collective solar capacity – currently there are just 4 solar power systems in Tieri’s postcode, totaling 14.92 kW of capacity.

The developer, FRV Services Australia, says the location has among the highest levels of solar irradiation in Australia and is well located to export the electricity into the national electricity grid. A new electricity transmission line (ETL) will connect the solar farm to the nearby Lilyvale substation.

“There’s no doubt Tieri and the surrounding towns of Capella and Emerald will benefit from the activity associated with the construction and I’m pleased the company had confidence in the service cap acity of our region to make their choice,” said Mayor Maguire.

FRV is company behind several other large scale solar farms in the country, including Moree Solar Farm in New South Wales and Royalla Solar Farm near Canberra. Also in FRV’s portfolio is the Clare Solar Farm project; which was recently called in by the Queensland state government in order to head off an appeal lodged in the Planning and Environment Court.