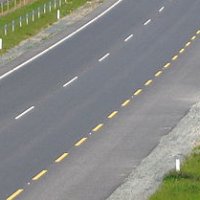 The idea of solar roads has a lot of people very excited – and some the opposite. It’s quite a polarising concept.

We first started covering news on solar roads back in 2010, initially with the Solar Roadways project. Solar Roadways is alive and well today after a very successful crowdfunding effort in 2014 that eventually raised more than $2.2 million.

What was touted as the world’s first solar road (actually a bike path – and a short one) has been in use in Krommenie, The Netherlands, since 2014. In May last year, the company behind the SolaRoad project, TNO, said the installation was performing beyond expectations. An update in November 2015 was fairly upbeat, although acknowledging a few teething problems that were resolved.

As we mentioned in that article, if solar roads do prove to be economically viable, technically feasible and easily maintained over the long term, the potential for clean power generation is massive given the amount of our built environment that has been covered by asphalt.

That may be quite a large “if” – and just because something can be done, it doesn’t necessarily mean it should.

There have been a number of concerns raised and questions posed regarding substantial solar road projects. In no particular order:

… and the list goes on; many points relating to safety, cost and bang for buck.

Perhaps only time will tell with regard to some of these concerns, but France appears ready to give it a good old college try. The rest of the world may watch what happens in France very closely before deciding whether to embark on their own massive solar road projects.

At the very least, France’s brave (?) announcement has generated more interest in the potential for harnessing the power of the sun – and that aspect is a very good thing. Interest is the precursor to inspiration; the trigger for developments that can change the world for the better.