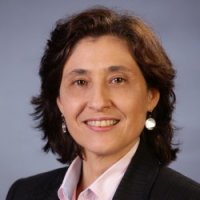 Victoria’s Minister for Energy and Resources, Lily D’Ambrosio, read the bill for the second time on Wednesday before the state’s Legislative Assembly.

“The bill will amend the Electricity Industry Act 2000 to prohibit retailers from including eligibility criteria in their supply offers that restrict customers who have solar or other renewable energy generation from taking up an offer that would otherwise be available to them,” stated Ms. D’Ambrosio

“That is, while energy retailers may still make electricity sale offers that are specific to solar and renewable energy customers, such customers must also be able to access the same offers as any other customer.”

The Minister said this will ensure current incentives for investment in solar power systems and other renewables are not negatively impacted by energy retailers imposing higher charges on solar households and businesses.

Among the other amendments will be a ban early exit fees for fixed-term electricity and gas plans where the retailer increases the price. The Essential Services Commission (ESC) will also have greater powers to enforce compliance with energy sector consumer protections.

“These changes will provide greater fairness, certainty and security for families when it comes to their energy bills,” said Ms. D’Ambrosio in an earlier statement.

“We’re putting the interests of Victorians at the front and centre of our energy retail policy.”

Debate on the bill has been adjourned until Wednesday, 16 September.

While the amendments will likely be welcomed by solar supporters and electricity customers in general in the state; a pressing issue still needing to be addressed concerns Victoria’s solar feed-in tariff.

Last week, the ESC announced the minimum feed in tariff will be cut by 20% from January 1next year. However, a Victorian government commitment to determine a fair price for solar electricity has yet to occur. Solar Citizens has called on Lily D’Ambrosio to intervene and prevent any changes until the review is undertaken and completed.

Earlier this week, the Clean Energy Council said Australian solar owners are being short-changed on feed-in tariffs due to all state governments overlooking three key components that should be considered when gauging a fair value for surplus electricity exported to the mains grid.

Even at current feed-in tariff levels, installing solar panels in Victoria continues to be a solid investment. According to Energy Matters, a 5kW solar power system installed in Melbourne can return a financial benefit of approximately $1114 – $1,762 a year; depending on installation location and electricity consumption profile.