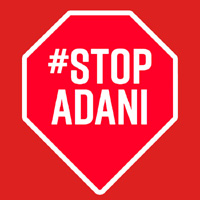 Edward Treloar is a fourth year engineering student from the Australian National University, majoring in renewable energy systems. He has written the following article about the misrepresentation of the coal industry as a hotspot for jobs and that renewables are merely the environmental option, rather than a green energy jobs creator. Edward is on LinkedIn.

The following is a big statement to make and a strange comparison too. In Australia, there is a large focus on which industries provide jobs and a stable economy. Ol’ trusty coal is centre in this debate.

If Adani was a wind farm there’d be 4.7 times more jobs

This is because we are fearful of retiring old power stations, and governments struggle to stop the development of new mines. Adani’s Carmichael mine has been one of the most talked about mines in recent history. There have been many protests and campaigns looking to halt its progress.

It was also symbolic in the federal election, creating a divide on what matters more — jobs or the environment? In this piece, we will see that you do not have to decide between the two.

A coal mine can be simplified into just being an energy project that provides construction and operating jobs. Unfortunately, the coal from the Carmichael mine is expected to be sold to Adani’s coal power plants in India. One downside of this is the lack of prosperity in India’s coal industry, considering that the Indian government have said that no new coal plants will be needed after 2022, or 2027 at the latest. Another downside is that none of the jobs and revenue from burning the coal power plants will be in Australia. This allows us to look at the mine as just another infrastructure project. What if there was a type of investment where more job creation happens in a larger range of locations whilst helping our grid and the environment? Wind power is a simple example of such an option.

Can we compare a coal mine to a wind farm?

We will need to find some likeness between them that is not just cost per job. A thermal coal mine has the end goal of making electricity, which we measure in Gigawatt Hours (GWh). The Carmichael mine is expected to produce 10 million tonnes of thermal coal each year, which is equivalent to roughly 25,000 GWh of energy each year.

People love converting these values to lightbulbs or other household appliances but this is enough energy to easily power Hungary, Ecuador or Syria for a year. This is an impressive amount of power for just one of the proposed nine mines in the Galilee Basin by Adani. It has been estimated that the total capacity to rise to 320 million tonnes if all mines were made fully operational, but let’s just focus on the 10 million for now.

Originally, the Carmichael mine forecast was to create 10,000 jobs. In recent months, this value has been estimated to be as low as 800 however, the most common number currently in the media is 1,500 construction jobs and 100 operating jobs. From this, we can expect roughly 0.06 jobs in construction and 0.004 jobs in operation per GWh of energy produced each year by the mine. This construction figure includes the investment in ports, roads and rail for the project. Note that Adani is planning to use driverless trucks with automation of all processes from mine to port.

According to the Clean Energy Council:

At the end of 2018, 24 wind farms with a combined capacity of 5.69GW were under construction or financially committed nationally. That represents more than $8 billion of investment and creating almost 5000 jobs.

How many jobs do coal and renewable projects create?

The capacity of a power plant or farm is the amount of power that we expect it to produce at max capacity. The capacity factor is the percentage of the time it is running at full capacity. Assuming a capacity factor of 35% for a wind farm, we can work out the yearly energy production for these farms to be almost 17,500GWh.

Resultantly, we can expect there to be 0.287 green energy jobs per GWh for the construction phase. This is 4.7 times more than for Adani’s mine, for the same energy output. According to Senvion, a German wind power company, you can expect roughly six green energy jobs per 100MW of capacity. Doing a similar conversion as before can find 0.02 jobs per GWh of energy, which is 4.8 times more than Adani’s mine.

What types of jobs does wind power create?

Like coal mining, there will be direct and indirect green energy jobs associated with wind farms. The direct jobs will come from the employment associated with tasks such as:

There will also be job creation by

For example, transporting 37 3.6MW Siemens Gamesa turbines to the Badgingarra wind farm was a big task involving many jobs.

But I thought coal mines were good at creating jobs?

There is no doubt that many Australian jobs come from the coal mining industry in Australia. According to ABS data, coal mining employs 37,800 Australians, and the whole coal industry is expected to employ 50,000 people. Notably, the coal industry supplies 60% of Australia’s electricity so we should expect it to be employing more people than the renewable energy industry.

ABS data shows that 17,740 people are employed by the renewable energy industry, and this value has grown by 28% in the last year. This is all happening from an industry that is producing around 19% of our electricity. This shows that for the same electricity generation, renewables on average will produce more green energy jobs.

This trend is more stark in Adani’s case as most of the jobs associated with processing the coal will be off Australian soil.

According to the most recent Clean Energy Report:

More than 10,800 direct jobs resulted from the large-scale renewable energy construction boom in 2018 — with another 3000 in operations and maintenance

This is a reminder that we need to look at data in a critical way. 1,500 jobs may seem like a lot when comparing it to the size of a small regional town. But it’s a very small amount when seeing how big this mine and investment actually is. Data always requires proportional values or comparisons to understand the data’s significance. 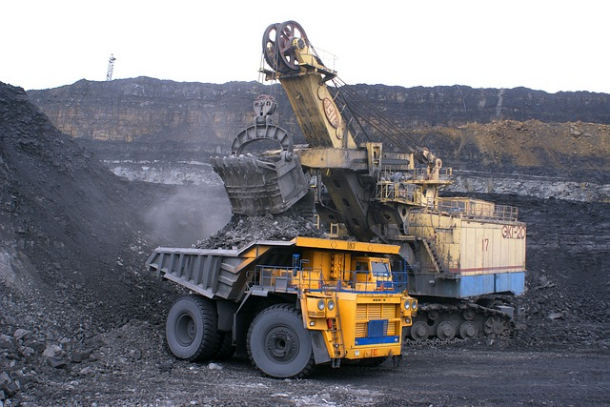 Do we believe that coal mining is that labour intensive in modern Australia? It’s not like miners are working with picks and shovels.

Renewables produce more jobs than coal, especially in Adani’s case, but why do we still associate job creation to coal? Is it because we imagine it like it used to be? With miners working with their pickaxes and their bare hands? Is it because we hear about country towns that are completely reliant on the jobs from coal mines? Or is it because we associate money with jobs? Each industry has its own processes, which will have different levels of worker involvement.

We continue to frame coal and mining as the epicentre for Australian energy jobs.  And just view renewables as a green or environmentally conscious decision. If we continue to do this, people will continue to assume there must be a trade-off with jobs or cost. In these decisions, the focus should be on jobs, economic prosperity and the stability of the grid. Like any problem of this size, the solutions will be complex and have depth. This depth will go deeper than merely deciding between jobs and the environment.