aleo solar GmbH is a renowned PV German manufacturer of the highest reputation in the German speaking countries and globally acknowledged as one of the most trustworthy manufacturers in the solar industry.

Germans trust their local craftmanship and quality know-how but that is not as uncommon. What is interesting though is the fact that even though Germans highly value their pennies and are frugal with their investments, they prioritise quality over price.

Even though living in Germany is cheaper than in Australia and purchasing power lower, still the Germans choose to invest in solar energy deciding quality to be the number one deciding factor versus purchase cost.

Unfortunately, this is not the case in Australia, where the market is in its majority price-driven, despite several educated voices calling out the warning signs of potentially hazardous investments. Quality may seem to cost more at first, but this is not true in the long run if compared to cheaper solar panels which simply do not perform as promised making it a poor ROI decision.

So, if the Germans choose aleo, valuing quality and reliability above purchase cost, why shouldn’t not you?

Reasons for choosing aleo solar panel on your roof:

And here is a visualization: 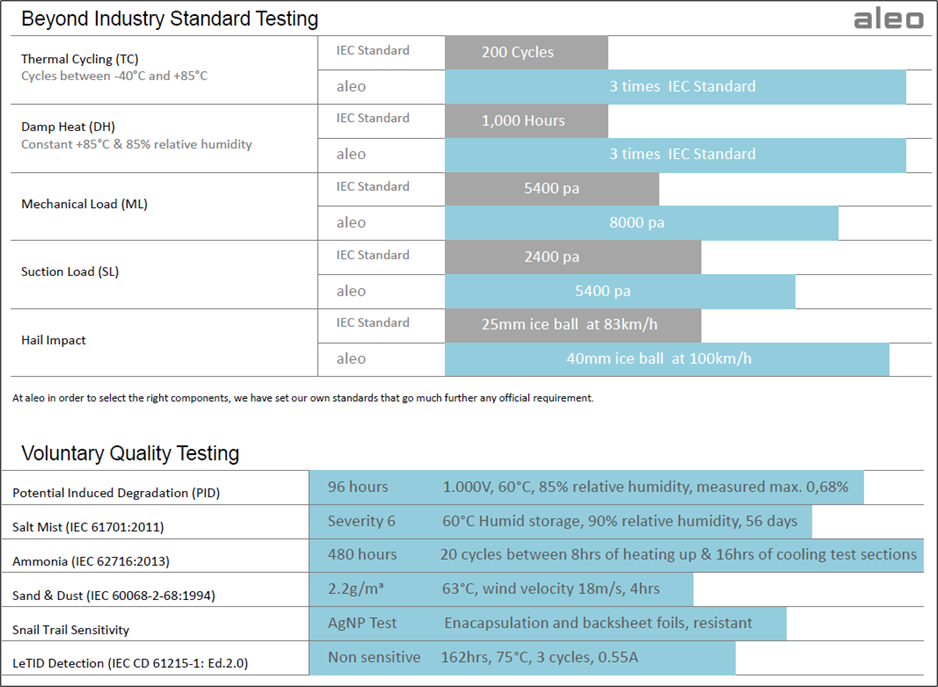 Find out more about these exceptional products by getting in touch with the Energy Matters team now.