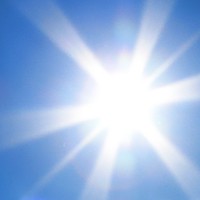 The sun could be potentially be harnessed to break down plant materials for the production of biofuels and other chemicals in a process known as reverse photosynthesis.

Artificial photosynthesis has been used previously for splitting water into oxygen and hydrogen fuels. Here in Australia, last year researchers from Australia’s Monash University announced a technique emulating photosynthesis with a device that splits water into a ‘solar fuel’ with world record efficiency.

Researchers at the University of Copenhagen’s Plant Science Centre are going about things in a very different way – investigating the potential of reverse photosynthesis.

This involves sunlight still being collected by chlorophyll, but also special enzymes being utilised that break down plant biomass to potentially produce fuels and chemicals usually produced by the petrochemical industry.

The enzymes are monooxygenases, already used in industrial biofuel production. The researchers say the effectiveness of monooxygenases are multiplied when exposed to sunlight.

The process can break the chemical bonds between carbon and hydrogen, an attribute that could also convert methane from biogas-plants into methanol under ambient conditions.

“This is a game changer, one that could transform the industrial production of fuels and chemicals, thus serving to reduce pollution significantly,” says University of Copenhagen’s Professor Claus Felby, who is leading the research.

Fellow researcher and discoverer, Postdoc David Cannella, says that biofuels and useful biochemicals could be created much faster and at lower temperatures.

“Some of the reactions, which currently take 24 hours, can be achieved in just 10 minutes by using the Sun,” he says.

Professor Claus Felby says the process has “has always been right beneath our noses, and yet no one has ever taken note.”

The research, which has been mainly funded by the Danish Council for Independent Research, is still in its early stages. The researchers say it may be some time before reverse photosynthesis can directly benefit society, but the team appears confident the potential is one of the greatest it has seen in years.

A paper on the work has been published in the journal Nature Communications.