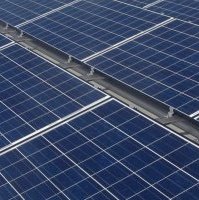 Australia has reached an impressive milestone – 4GW of solar photovoltaic (PV) capacity according to the Australian PV Institute (APVI); with the vast majority of this figure small scale solar panel installations.

Installed capacity has quadrupled since 2011 says APVI and Australia’s systems are generating an estimated 5,250 gigawatt hours of solar electricity per year. In many suburbs, especially in South Australia and Queensland, more than 40% of households have solar panels installed.

Approximately 27% of SA households have solar panels installed. The most installed capacity however is in Queensland; with an estimated 1.25GW – more than double the capacity of South Australia.

APVI states growth in the nation’s solar PV market between 2001 and 2010 was around 15%; followed by extremely rapid growth between 2010-2013. The market has since stabililized, but significant uptake continues as households look for economical ways to rein in power bills.

Installed prices of solar power systems in Australia have steadily dropped over recent years and the average size of installations has increased. As well as falling prices, innovative products such as zero deposit solar have helped boost uptake.

The  majority of systems installed in March this year were larger than 4kW. Graphs on the APVI’s web site show various pricing and system size statistics.

A really interesting feature on the APVI site is a ‘live’ solar map that provides half-hourly data on PV output across the country. Performance data is sourced at 5 minute intervals from more than 1700 systems nationwide, as recorded by PVOutput.org. The APVI site also features maps showing the estimated percentage of dwellings with solar PV and total installed capacity by postcode and LGA

The maps have been funded by the Australian Renewable Energy Agency (ARENA).